How Bad It Hurts To Break Your Foot

One time my sister was playing softball and I was really young and didn’t think so much about the consequences so I was climbing the softball fence. Well, that didn’t go well, I got my foot stuck and then I was upside down with my foot still in the fence. Obviously I was crying, well my mom got me down and we had to leave. When we got home we were eating chicken and I was laying on the couch eating but I needed some more sauce. I suppose I just forgot my foot was hurt so I reached for the sauce and jumped back on the couch crying. A few days later it got worse, so my dad took me to the hospital, we found out that my foot was COMPLETELY broken. We had to get a wheelchair from the hospital but when we were going home they gave me a boot and that’s what I was wearing on my broken foot. Well we were walking to the truck and I thought I could walk since I had the boot on so I got out of the wheelchair and started to walk but I just screamed and cried. So the boot didn’t help at all. My dad had to pick me up and put me in the truck. A week after that it felt good so we went to the hospital and they said it was cured! I was so happy that I could walk again and luckily it was on a weekend! I am so glad that I haven’t hurt my foot again and hopefully I won’t hurt it again cause it hurts! But, I’m still glad that it’s over. Plus I am a lot older now so I don’t think I will be so immature enough to do that again.

« My School Is Awesome
Hank’s Tumor » 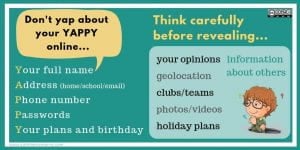